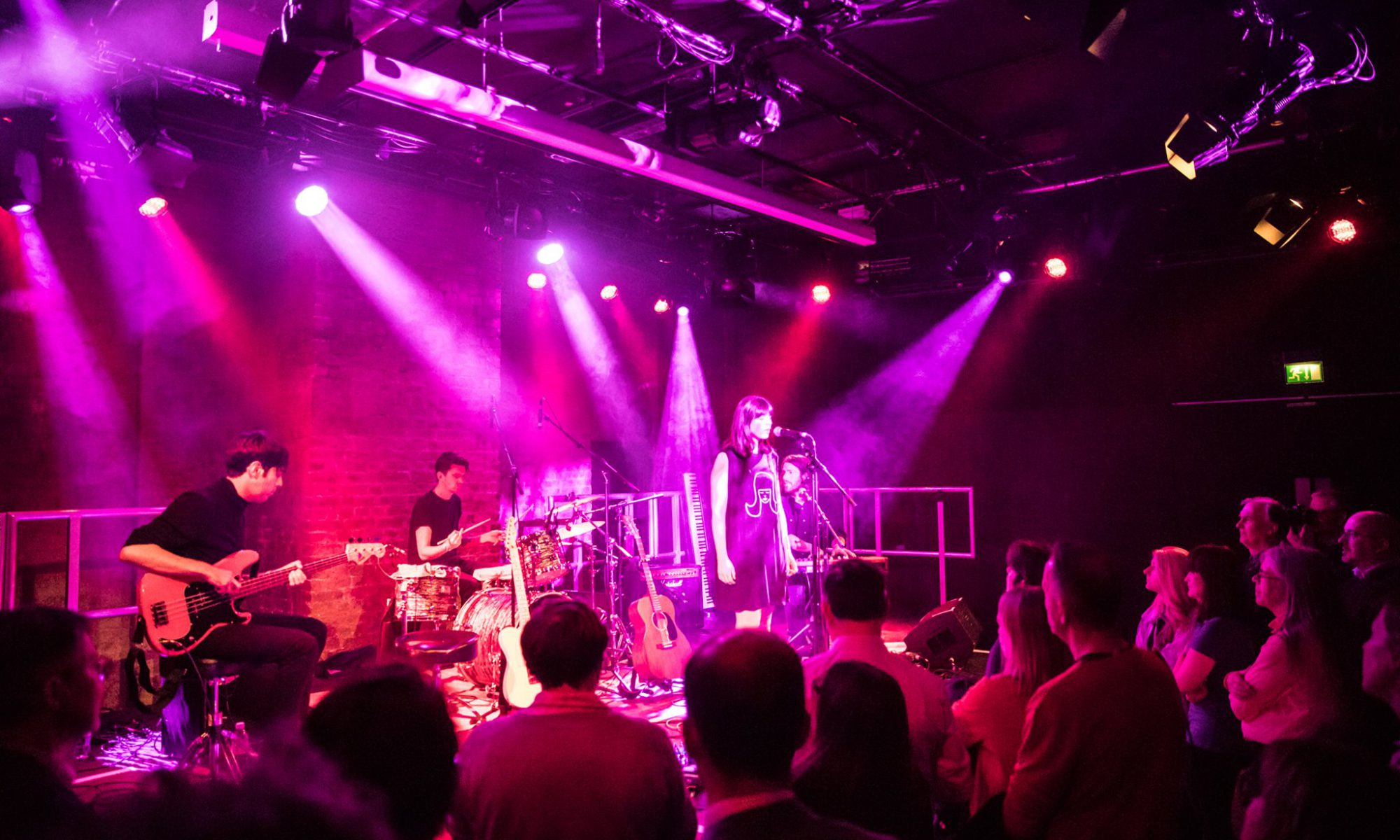 It’s still January. Just like my accounts, I’m sneaking in my year’s review at the proverbial eleventh hour. 2017 was pretty fucking amazing – worthy of a rare expletive. I released an album, toured America, toured the UK, said hello to Debbie Harry along the way, played my largest show to date at Cambridge Folk Fest, toured with Lambchop, toured Germany, toured America again, hosted the FM2U music conference and tried out blue & pink hair at our NYE ‘Wigs & Whisky’ extravaganza in Berlin. This is how I looked when the year began… so if that’s anything to go by, the next 12 months are going to be pretty weird and wonderful and full of pineapples: 2017 kicked off with good news. I received the PRSF ‘Women in Music’ grant, which allowed me to tour with a band for the first time ever around the release of my album. I was so proud of the record I made with Pete Miles and so in love with the instrumentation (thank you Pat, Tim, Pete, Matt, India, Raphael, Lauren, Ben, Seb, Karl, Thom, Stuart & Richard for playing on the record and making my songs sound better!), I really wanted to do it justice by performing them live with more than just an acoustic guitar for once. The album launch show at the Roundhouse and the show at Leaf in Liverpool were such highlights, they sparkle in my mind every now and then when I daydream. Thank you PRSF for choosing to back this particular project – it set the tone for what’s been the best year for my music to date. Let’s rewind a little. Did I really go on a five week tour up the west coast of America? Was that really only 11 months ago? The stress of securing that illusive 0-1 VISA (Yes, 2017 was also the year I officially became an alien of extraordinary talent), the cityscapes, the coast lines, the redwood trees, the everything-is-so-Portland-in-Portland, the interviewing of Dave Stewart (?!), the sleeping rough among banjos and weed plants, the corn fields of Ohio and all the wonderful people, letting me share songs and stories. The second tour, this time of Canada and the East Coast of America, is still in sharper focus. Meeting amazing musicians, not meeting any moose, driving through red and orange, listening to the Beatles channel with booking agent, tour manager and all around amazing person, Denis Grabill and spending a little time on my own in Brooklyn. One thing that made the previous year so special is that I feel I got to know you a lot better. I created a thing that was very personal and put it out into the world. The reactions I’ve had to the story behind the album, the moments after shows, the hugs, the tears and shared experiences will stay with me until the end of memory. Having self-funded the project, I relied on you to pre-order the album directly from my website and, to be honest, I had no idea how that would go. I was so touched by how many of you were not only up for pre-ordering the album on CD & Vinyl, but supporting me further by buying extras and simply donating, making me exceed my target in just over a week. I only have a couple hundred copies left of both the CDs & vinyl and will be very happy when I am all out and have to re-order. Thank you for your continued support and thank you to everyone who pre-ordered, who took a copy home after a show or ordered one from my website – I loved every trip to my local post office and now know the staff by name. Cambridge Folk Fest has to get its own little paragraph, because it has to be one of my favourite shows ever. It was exactly like what I imagined a show to be like when I was little and hadn’t yet graced a stage of any size – a sea of heads, singing along to something you’ve written and feeling the thing you feel. I don’t see well, but I did spot a couple of very familiar faces in the crowd and the combination of playing to lots and lots of new people, as well as to a couple very special folk who’ve seen me perform lots (in their living room, for example..!) was just really special and I’m glad I could share that moment and the excitement of it all with you. In August of 2017 I got to go on tour opening for Lambchop. Thanks to Menko, Matt, Tony and Kurt for making me feel welcome, for letting me play the baby grand piano on stage, for sharing wine and sandwiches and for sharing the stage with me every night – what a leap of faith that was on Kurt’s part, to invite me up to sing a Prince song every night! I think I had it down by show four in Manchester… for those of you in Glasgow and Newcastle – sorry for having my phone on stage with me as a cheat sheet! 😉 ALL THE LOVE IN AND AROUND MUSIC

If last year had a theme, other than constant touring, it was how ridiculously lucky I feel to meet and connect with kind and loving people. While I was not in a great place personally, touring in Germany last September felt like being wrapped in cotton wool when I needed just that. I’m not sure how I got quite so lucky to have people in my life who just go out of their way to help and evoke positive change around them… but I’ll take it. Playing for Peter Zschunke and his family and friends in Frankfurt was so special – it’s not always the large crowds that stay in your memory, but those who are so generous with their ears and hearts. I fucking love playing private shows for people who love my music. Please don’t stop asking me to play in your living rooms – I’m so up for it.

Getting to perform live at Flux FM (a radio station I always listened to growing up) and selling out the Auster Club in Berlin was pretty amazing too – thank you to everyone who came out to that show! Other magical moments of 2017 included hosting ’50 Year’s Sgt. Pepper’ at Leaf in Liverpool together with Thom Morecroft and Liverpool Acoustic – getting talented friends to play Beatles songs is totally my thing and it looks like we’re doing it all again in 2018 for ’50 Year’s White Album’. Here are the Ragamuffins, being great as always: I’ve also continued work with the amazing organisation that is the FAC (the weirdest rabbit hole I’ve ever fallen into was when I got asked to join the board of directors in 2014, my life is still getting curiouser and curiouser). A highlight was seeing Imogen Heap perform in her studio / performance space and getting to play ‘Hide & Seek’ on the little Microkorg she wrote it on. How can you be anything but optimistic about the future when beautiful artists such as Imogen are putting minds and hearts to fixing and improving the world – I can’t wait to see the Mycelia project develop. Speaking of artist friends, last year I hosted the fourth edition of FM2U (From Me To You), a music conference from and for artists I started three years ago. I had the support of HMUK, PRS, AIM, Fast Forward and the FAC to make the event bigger and better. Thank you to everyone involved, on and behind the scene.

The final pixie dust sprinkle on the year of 2017 came a couple of weeks ago, when Shoreditch Radio announced that I won their ‘Unsigned Artist of 2017’ award…. so THANK YOU FOR THAT!!!

Here we are. 2018. I’m currently writing songs for the next album and look forward to sharing them with you soon. A bit late, but here’s wishing you all an amazing, happy, furry, sparkly, healthy, funnery of a year – SEE YOU SOON AND THANK YOU FOR EVERYTHING!