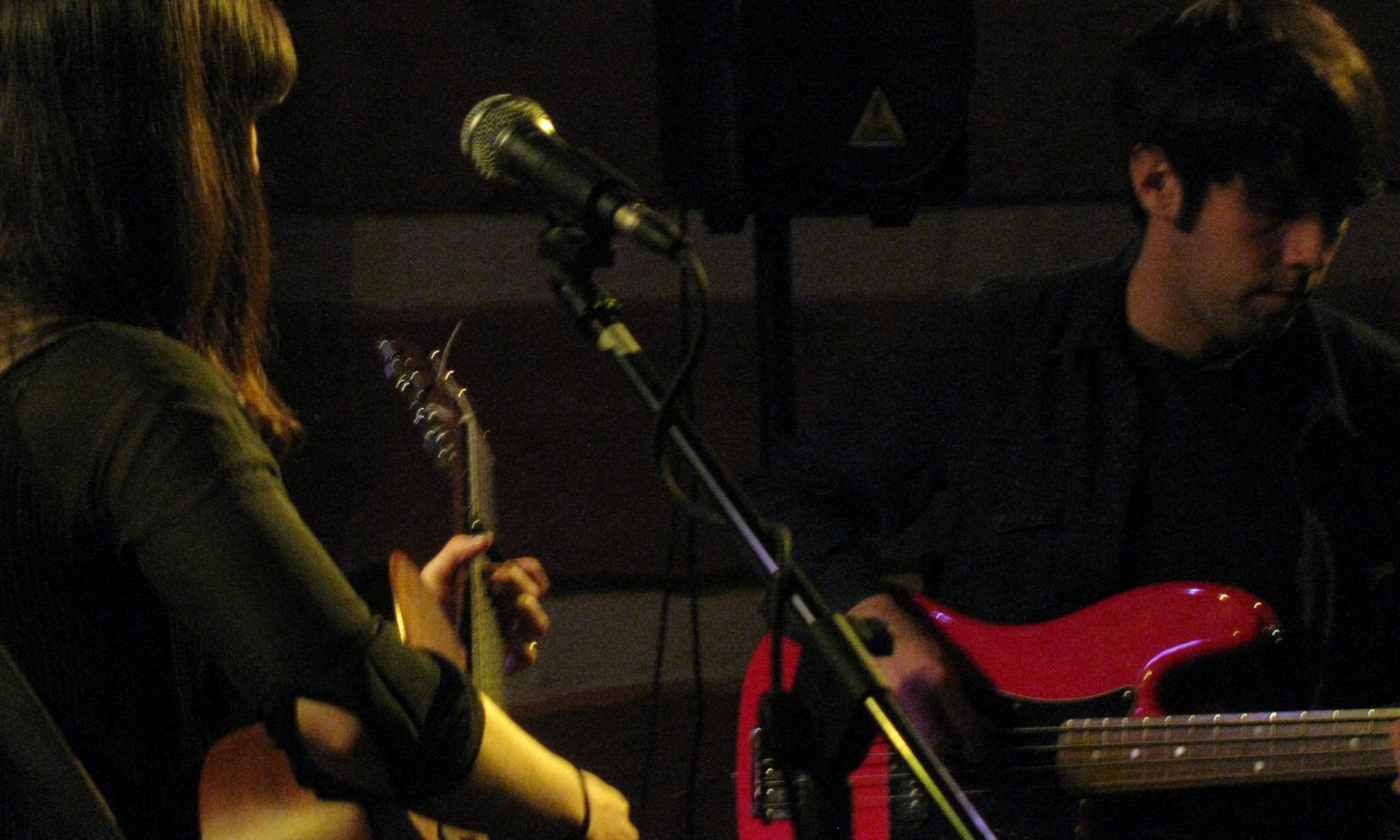 We were on tour so long, we used up an entire tube of toothpaste. Here I am, back in London after my first tour of the USA. The tour consisted of 21 shows across six States over five weeks. It’s strange to have been away from any kind of routine for that long. I’m super jet-lagged …and in need of new toothpaste. I wonder what it must be like to be on a large tour for over 100 dates, although I’m certain not driving yourself around and having hotel rooms to sleep in must make a substantial difference.

Touring independently, especially when you’re in a territory for the first time, you are very much dependent on the kindness of people: Bookers who take a chance on you, promoters who put you up and anyone who puts out delicious cheese and olives for you backstage, if there is a backstage (Thank you Lille Aeske!).

We landed in Dayton Ohio after the first leg up the West Coast and were greeted by Denis of Black Oak Artists, who had helped put this tour together. For the Ohio and Indiana shows, we were to stay with him and his wife Jan and then drive to NYC together for the last leg of the adventure. Ohio, I’ve never seen so much nothing. A city dweller to the core, the stretches of flat corn fields and lack of visible neighbors made me feel uneasy. Peoples’ houses are large, even the small ones and they’re all made out of wood. A lot of them have American flags in the front yard (in case we forget where we are). Our hosts were incredible and made me feel at home, despite the surroundings being so different to anything I was used to. The first show in Ohio was at Natalie’s Coal Fired Pizza, a fantastic listening room (that’s what they call music venues over there!) in Columbus. Opening the night was Emily Keener, who’s known for making it into the top ten of reality TV’s The Voice last year. Her voice was indeed fantastic and her compositions were great too. An all around pleasure to share the bill with! Nathalie’s was by far one of the best music venues of the tour and I’m super grateful they took a chance in booking someone they didn’t know from the UK! Speaking of “from the UK”, there was a noticeable difference in Ohio to Oregon and California. Being from the UK was an actual thing within itself. I mean, I’m pretty sure I could have started the shows with “Hello! We’re not from here!” and it would have received applause. On numerous occasions, serving staff in diners and cafes were either massively confused by our accents and appearance or so enchanted by them that they kept coming over, just to get us to say things “Where in the UK are y’all from? We’ve placed bets in the kitchen”, said our waitress in the Amish diner chain, “Der Dutchman”. Had it not been for Denis and Jan, who felt more like family than strangers, I would have felt so very foreign in the rural parts of Ohio, although everyone we met was super friendly. Far more foreign than in any remote village of Southern Italy I’ve toured in.

The following three shows were house shows. I love playing private living room gigs, and I have to say, people in America have taken the concept to a whole different level. Most house show hosts had PA systems set up for us. Their houses are way bigger, so a crowd of 40 – 50 people was pretty standard. The Casa del Bistro in West Chester Ohio was such a professional set-up, I would have completely forgotten I was in someone’s home had it not been for the squishy carpet under my feet. I truly enjoyed that show, I feel so very lucky when I get to perform for an audience so attentive and up for it, laughing in all the right places, being generous with their ears and hearts. Thank you to the amazing hosts for having us, it was great to meet you and I hope to be back sometime.

The next day, Chuck Berry passed away. Although 90 is a respectable age, I couldn’t help but feel sad. I was heartbroken when, at eight year’s old, I found out that John Lennon had not in fact written Johnny B. Good (It’s OK, I’m over it now). I will never tire of watching Chuck Berry perform. He has the best moves, the best face expressions and will be remembered as a true poet and father of rock n roll. He did so much to bring us all together and he will be missed.

That night we performed at Possum Hollow Log Cabin (which is Black Oak Artists’ HQ). We played Sweet Little Sixteen.

You’ll be pleased to know that I did also in fact see a possum during my stay at Possum Hollow Log Cabin. His name was Ed.

The following night took us to Richmond, Indiana, to complete the trilogy of house show. This show was slightly smaller in size and unplugged, perhaps a little more like the living room shows in Europe. It was held at Arden Hearth, which felt a little more like a museum than a home. We had a full tour of the house by our lovely hosts; the house was kept in perfect condition from its original inhabitants in the 1880s. We had one free day before our ten hour drive and first show in NYC, so we decided to drive up to Cleveland to go visit the Rock n’ Roll hall of fame. It wouldn’t have sprung to my mind as a thing to do, but it somehow seemed appropriate. Turns out, “We’re on tour from the UK” also gets you free entry and a VIP backstage tour, so whoop whoop! We arrived and were shown the archival rooms, where the team had kindly laid out some items relating to Chuck Berry for us. I have to say, it felt a little strange to see his orange suede shoes out there on the table in front of me.

Seeing Muddy Water’s guitar and Howlin’ Wolf’s money bag was pretty fun I suppose, but in general, I admit that I was more interested in people watching rather than anything else. Lots of families dragging kids along, taking pictures of themselves in front of various music memorabilia, tucked away behind a thick sheet of glass. One of the more bizarre items I thought was an old sofa that once was in the house that Jimi Hendrix lived in. It’s on a stage, propped up to a wall with red ropes around it to stop people from sitting. There are many curious sights to behold along the highways in Ohio. Just outside of Cleveland there’s a massive concrete cross, reaching high up into the sky, one loan man perched upon the base smoking a cigarette. Further down the road there is an equally larger than life statue of Jesus (they call him touch down Jesus, due to the way he’s holding out his arms). I learn that the original Jesus (called Big Butter Jesus, due to his complexion) burnt down after being struck by lightning…

A billboard reads: “If you died today where would you go? HEAVEN? OR HELL? …call now to find out!”

I resisted the temptation to make that call. We left at 5am the following morning for New York. Let’s be honest though, this post is rather long after all that Ohio, so let’s save the last leg of the tour to another day. It’ll be back to the rails, the subway rails, then too. Thank you to everyone who booked us in Ohio and Indiana, I felt really well taken care of and would definitely like to come back and see more.