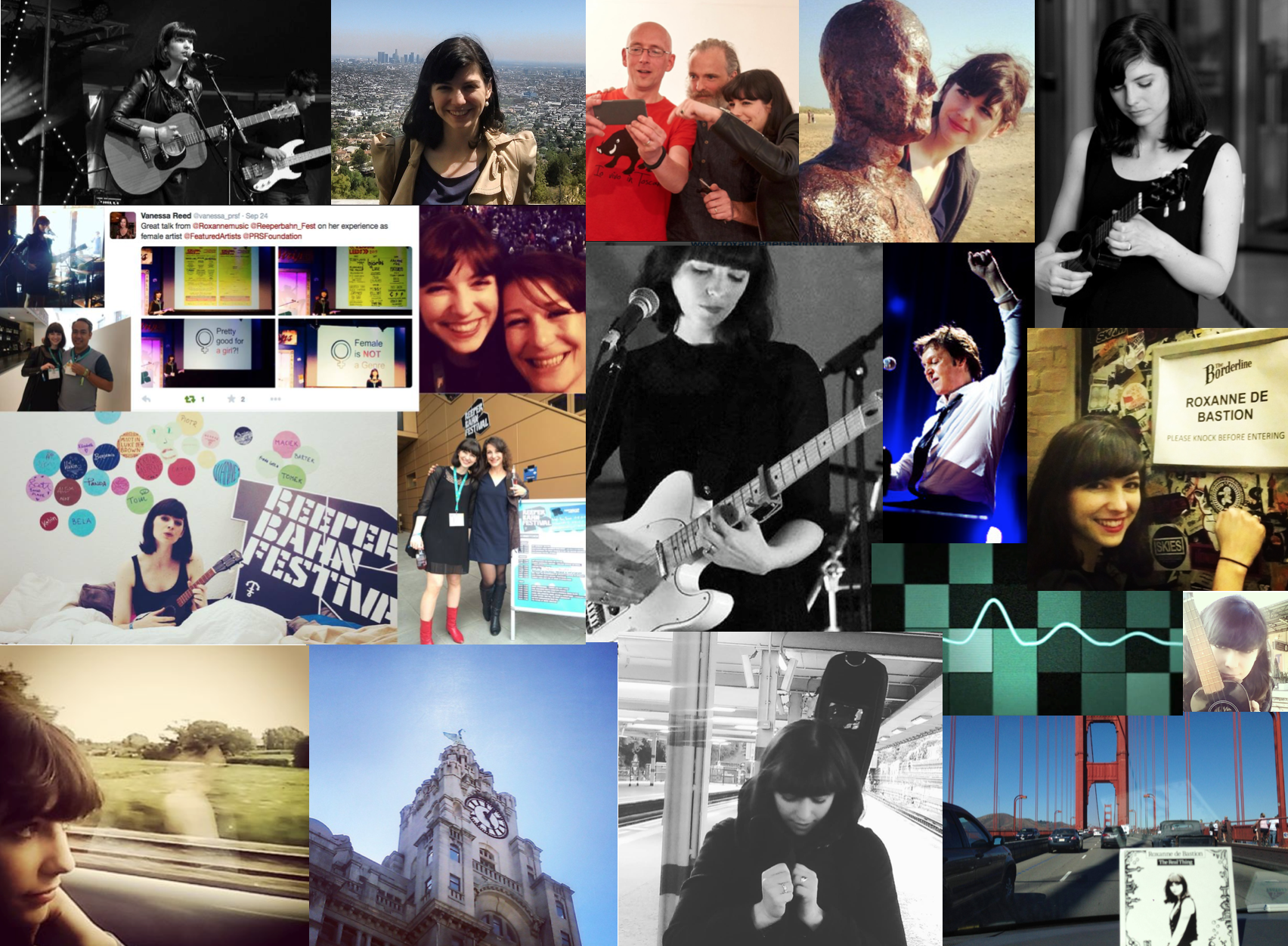 On Sunday the 21st of May I got to see Paul McCartney live in concert and for that reason alone, 2015 has been the best year of my life. I appreciate that you may role your eyes at that statement, so let me try and explain: Music was my first love. When I discovered The Beatles at the unlikely age of four (or perhaps not so unlikely – George Harrison once said in an interview “every four year old watches Yellow Submarine” and I was like…”really?!”), I fell in love irrevocably and unconditionally with harmony, with songwriting, with words, with beats, with sitars, french horns, with strings, with backwards guitar licks, with rock n roll and ballads. I can measure my life against Beatles songs. To me, they are the pencil markings on the door frame, showing my height as a six year old, a ten year old, a 13 year old. They are the soundtrack to life. When I was ten, I spent days in my room recording myself singing John Lennon’s “Jealous Guy” acapella onto a cassette tape, doing it over and over until I was satisfied all the notes were in the right place. When I was 14 I listened to Nr. 9 with the lights out, trying to decipher every word and letting the visual images they conjured up wash across my mind. Like many others, I practiced playing Blackbird on the guitar for days when I was 16, until I got it right. When I was little, it never really occurred to me that The Beatles were just a band, consisting of four people, that had lives and were partly still out there making music. Liverpool might have been as fictional a place as Pepperland for all I was concerned. So, when I held two physical concert tickets in my hand (one for me, one for my Dad), it was a very surreal moment indeed. Hearing those songs performed live by the person who created them just seemed too big a thought for my little brain to compute. Paul McCartney opened the show with a Beatles song, “Eight Days a Week”, and I immediately felt tears of joy stream down my face (yup, like those silly girls in black and white). He played for three hours straight and 70% of the set was comprised of Beatles songs. His vocal performance was flawless – the 37th (!!!) song in the set was Helter Skelter… The set concluded with the entire B-Side of Abbey Road. I still can’t believe that happened, but it did and I’ve now found my happy place. If I could see Paul McCartney play live every day, I would. The thing is, when I was small, songs were sacred to me. I would get so emotionally wound up that I would get lost in the highs and lows of the tracks I loved; they carried significance above anything else. Between you and I, I was terrified that I had lost that. I was scared that growing up and functioning as an adult in this world meant that I had to loose those sensitivities. Letting myself react the way I did to seeing Paul McCartney play live was proof that it is in fact impossible for me to loose this. Some things are still sacred and always will be. So I can start 2016 knowing that and feeling much more assured about being an adult.

MAYbe I’m Amazed (see what I did there?)

My job is so weird, I can’t even call it a job, rather occasionally people pay me for my madness. 2015 was full of adventurous touring, particularly in March, where I traveled in a rather large semi-circle from Switzerland to Italy, back up through Switzerland and finally up through Germany. Those train rides with snowy mountain tops rolling past the window, those afternoons walking through beautiful walled Italian towns and those seemingly endless bus rides are still very vivid in my mind. I came back to England to launch RERUN as a single with a show at the Old Queen’s Head in London. That was one of my favourite shows to date – I loved sharing the stage with Raphael Knapp on cello and Andy Bruce on piano.. it felt a bit like the beginning of something. I was relaxed on stage for one of the first times on a London stage, the room was full of lovely people…and we had cake.

My next moment of madness took me all the way to Los Angeles. I do try and follow intuition wherever I can and I felt it was time for another push outside of my comfort zone, and boy, was LA out of my comfort zone. I hadn’t realized how British I’d become… It does sneak up on you, you know. The shows in LA were a bit hit and miss, but I knew that some of those meetings (some of them chance, others planned) would prove to be important and they did. One of my meetings resulted in an invitation to play an official showcase gig at Folk Alliance, a music industry conference in Kansas in February 2016, and who knows what that will lead to. We will see! I flew back from LA just in time to head straight to perform at The Great Escape in Brighton and, just a week later, I found myself in the audience watching Paul McCartney, so that brings us full circle on that particular story… All in all, May 2015 was the most eventful month ever. It was also an expensive one, but sometimes you’ve just got to take a risk or two… they usually pay off in the end.

With a Little Help from my Friends

Trying to make a living out of music is challenging, but it’s a lot easier if you share experiences, knowledge and ideas with others. This year I got to host a session from and for musicians for the FAC in Liverpool. Fran Healy from Travis donated his time to come and talk to a room full of up and coming artists to have an informal chat about making music. It was a really special day and I hope you all got as much out of it as I did. I hope to continue these events in London and across the county in 2016.

A further push out of my comfort zone was holding a talk at the Reeperbahn Festival 2015. After The Girls Are published an article I had written on my experience as a women in the world of music, I was asked to turn it into an hour-long presentation… trust me, when I left school I was sure I’d never have to create a PowerPoint presentation again! I did manage to sneak some cat pictures in though. I really do find reactions to this subject fascinating.. mostly, people are either incredibly supportive of it, or they get angry and abusive. There’s very little middle ground. Have a look if you’re interested and make up your own mind:

In November I hosted the second FM2U conference in London – a one day music conference specifically from and for independent musicians and their supporters. It really was hard work making this happen, so much so that there were moments where I thought “Why the hell are you doing this to yourself”, especially when it dawned on me that I had rather stupidly planned to go on tour the day after the conference… However, I’m really glad I did, because I was overwhelmed at the support I got from fellow musicians and friends in the music world. Thank you to everybody who was involved. I’m definitely still learning a lot when it comes to events management, but I will continue doing it along side my music if you want me to!

We hope you will enjoy the show

I’ve had the opportunity to open the show for some amazing artists in 2015. Watching Greg Holden, Anderson East, Ricky Ross and Thea Gilmore perform was inspiring and I feel really lucky to have played for their lovely audiences. I also got to open the show for my dear friend Ian Prowse at the Borderline, which was a truly magical evening. Other gig highlights of 2015 definitely include performing at St. Pancras Old Church for LCM, performing as part of the very first BBC MUSIC DAY. playing in THAT Shed and performing at Liverpool Loves Festival, right in front of the sun setting into the Mersey.

Thank you to Graeme Maguire for making the coolest music video to RERUN. It’s my favourite music video I’ve ever done.. Graeme, you managed to take the images out of my mind and make them a reality – I love working with you! I’m really pleased that others found the music video cool too and am most pleased that the EMP Museum in Seattle chose to do a daily viewing of it on their massive LED screen this year! So exciting, wish I could have been their to see it.

Thanks to the lovely people at BBC INTRODUCING Coventry & Warwickshire for playing both Seeing You, RERUN & Wasteland a lot in 2015 as well as everybody else who gave my songs a spin on the radio.

Thanks to the legend that is Webbo (Jon Webster), who just made things happen and introduced me to my now booking agent, Germaine at Asgard (and thank you Germaine for being ACE!).

Thank you to Bryan for adding RERUN to the New Music Monday UK playlist on Spotify – it’s had 7000 plays as a result!

Thank you to everybody who took a chance on booking me, coming to see me play, buying a CD or simply sharing a music video or Soundcloud link of mine. Thank you to all the many kindnesses received on “the road” (special thanks to Colin for always helping when it’s needed), to everyone who gave me good directions, put me up, fed me and thank you to all of the great musicians out their writing amazing songs that make my days better.. Such as Niall Connolly with whom I got to sing with at his living room concert in Kiel, Thom Morecroft who’s just released a brand new EP and with whom I’ve written some new songs this year and Gideon Conn who’s also just released a new album and whom I got to see live (finally!) this year at the View Two in Liverpool.

I’m recording & releasing new music! I really feel like I’ve neglected that in the past year, which seemed to be a crazy blur of relentless gigging to make ends meet and networking. I really want to take the time to write & record new thoughts before things get too crazy and work on the live show to make it better. I really hope that 2016 will be the year of my second album and hope to have a vinyl release when the time comes… just put that out there, so now I need to go and make that happen!

I’m going to release tour dates for my very first, proper headline tour in the UK, as well as further dates in Germany very soon.

If you’ve actually made it through this post, I’d like to thank you for being so sweet and supportive – I really couldn’t do this without you.

Here’s wishing you all the best for your 2016 and I hope we cross paths soon.