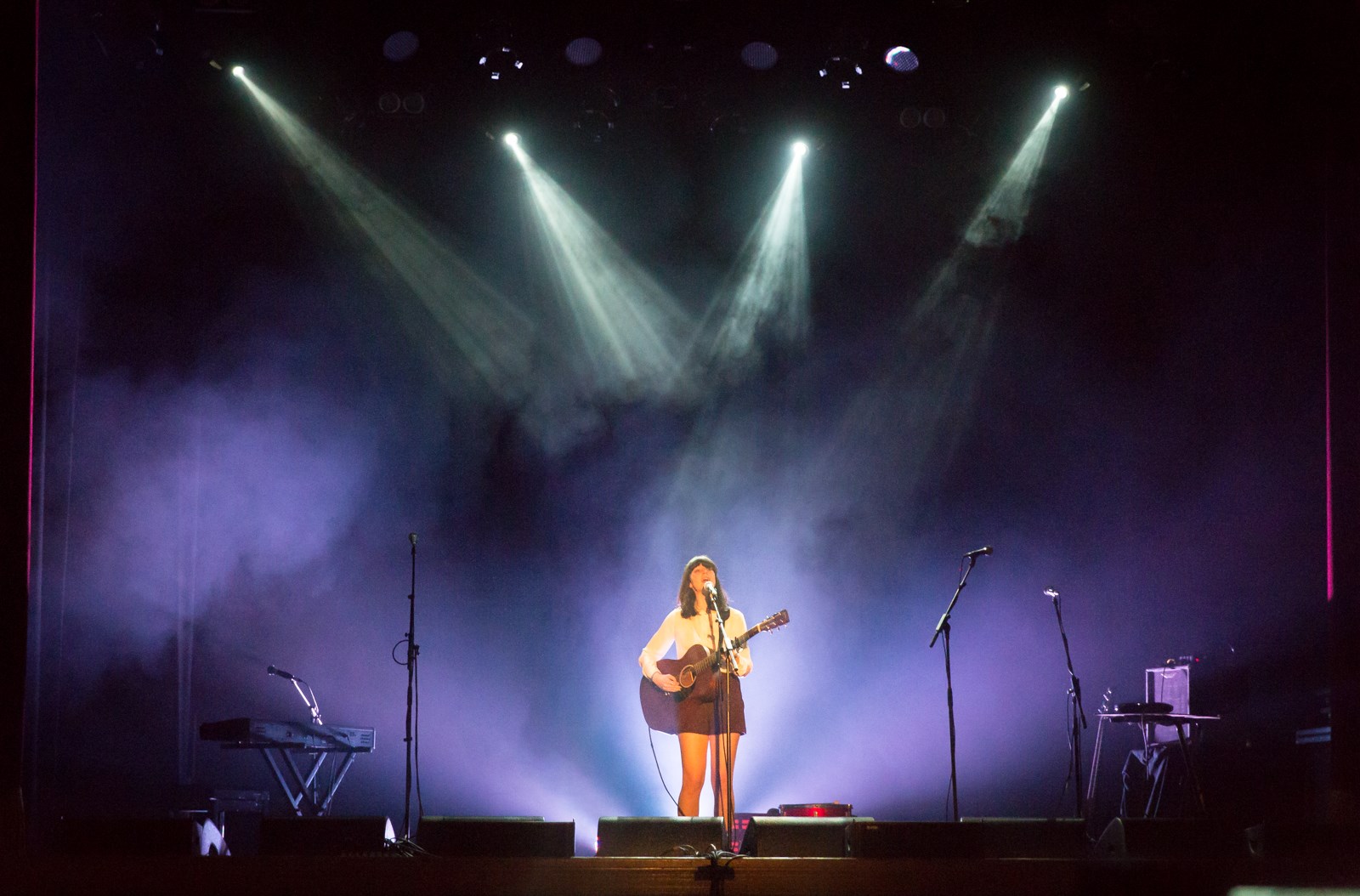 This is the first full weekend I have spent at home since the beginning of February. As London is showing itself from its best side, it’s chocolate side, as one might say in German, with sunlight streaming into the living room, I’m reflecting on the many lessons learned over the past ten weeks.

1) At bigger shows, you have TWO sound engineers, one for front of house and one for your monitors… I sound-checked at my new favourite venue, the Islington Assembly Hall, where I was to open for Thea Gilmore when a friendly chap introduced himself saying: “Hi! I’m your front of house guy” My excitement bemused my music friends, surprised that I hadn’t come across this yet, but I’ve been playing tiny venues for a really long time. Playing on this stage was pretty fun…!

2) A successful musician = a polite, friendly musician. It’s been an absolute pleasure to tour with UK folk artist Thea Gilmore and US alt-country star Hayes Carll. Perhaps I’m just lucky, but in my experience, being a professional musician means being a nice person. I was made to feel welcome by all and was thanked for opening the show from the stage every night by both acts. You can’t take yourself too seriously, which also means you can’t take your success seriously. Hayes finished each set by thanking the audience and saying: “I’d do this every night regardless if anyone shows up, but it’s a hell of a lot more fun when you do”. This is something we can all relate to. We do what we do because it’s an irrevocable part of our very being. Anything other than being able to make music for ourselves is a bonus. If you work hard, your audiences might grow. They might grow to such a size you will need two sound engineers, a tour manager, a press person, even someone in charge of your wardrobe. You’ll have someone to sell your merchandise for you and someone to stock up the fridge with drinks and snacks you have specifically requested. After a while, your audiences might shrink again and you’ll find yourself back where you started. I’ve learned that everyone is on their own particular journey and the only measure of success is whether you are happy with what you’re doing and whether you feel that your most recent song is your best yet. 3) Riding in a tour bus is great and not at all boring, despite what touring musicians may tell you. I got to ride along in the van for the last couple of legs of the Hayes Carll Tour. The band were amused by my excitement… but you have to understand, I have been spending the last eight years heaving my guitar and my suitcase around with me, arguing with Megabus drivers to let me take my acoustic on board with me, navigating my way from strange train stations to venues and being exhausted on arrival. The idea that your tour manager picks you up from your hotel, drives you to the next hotel and drives you to the venue after you’ve had time to freshen up and check emails is, quiet frankly, amazing. We also got to listen to Louis CK skits in the van. It was awesome. 4) The larger the publication, the less likely they are to have your interest at heart. Last week, after the tour with Hayes Carll had finished, I traveled to Berlin to hold a talk about gender equality in the music industry and for a performance at the annual Re:publica Festival, in it’s tenth year this year. I had held a talk on this subject matter once before and the reaction was overwhelmingly positive, which left me feeling much more assured this time around. The talk seemed to go OK (despite having precious little time to prepare it – one day between touring and flying to Berlin to be precise – and I was happy that I had lots of interview requests after the talk. German is no longer my mother tongue and I was still on my “coming down from performing” state, so I didn’t pay too much attention who I was giving interviews to. It turned out that FAZ, one of the biggest and supposedly most respected German newspapers was one of them. I was glad to get featured, but the rather unfortunate and misleading headline: “Roxanne de Bastion: No room for old white men anymore” really annoyed me. Firstly, it looks like a quote, when it was not – it was a headline designed to grab attention and evoke contention (which it did). Secondly, and most importantly, it REALLY doesn’t help the cause. When talking about equality, we need to stop preaching to the converted and try and reach out to those who either don’t appreciate how much of an issue this still is and those who don’t believe that all humans should have the same opportunities.

I’m really glad I got to perform at Re:publica – it was a privilege performing to such an international crowd of people doing clever things.. I also think this was one of the best sing-a-longs ever. Well done you. 5) If you hear a song performed five nights in a row, it will be cemented in your brain forever. I still break out into random Thea Gilmore song at least once a day and how Hayes Carll’s set on a look in my mental jukebox too. Thank you to both parties for having me open the shows and for making me feel to welcome. It’s been fantastic and I am super grateful!

5 Replies to “5 things I have learned on tour”