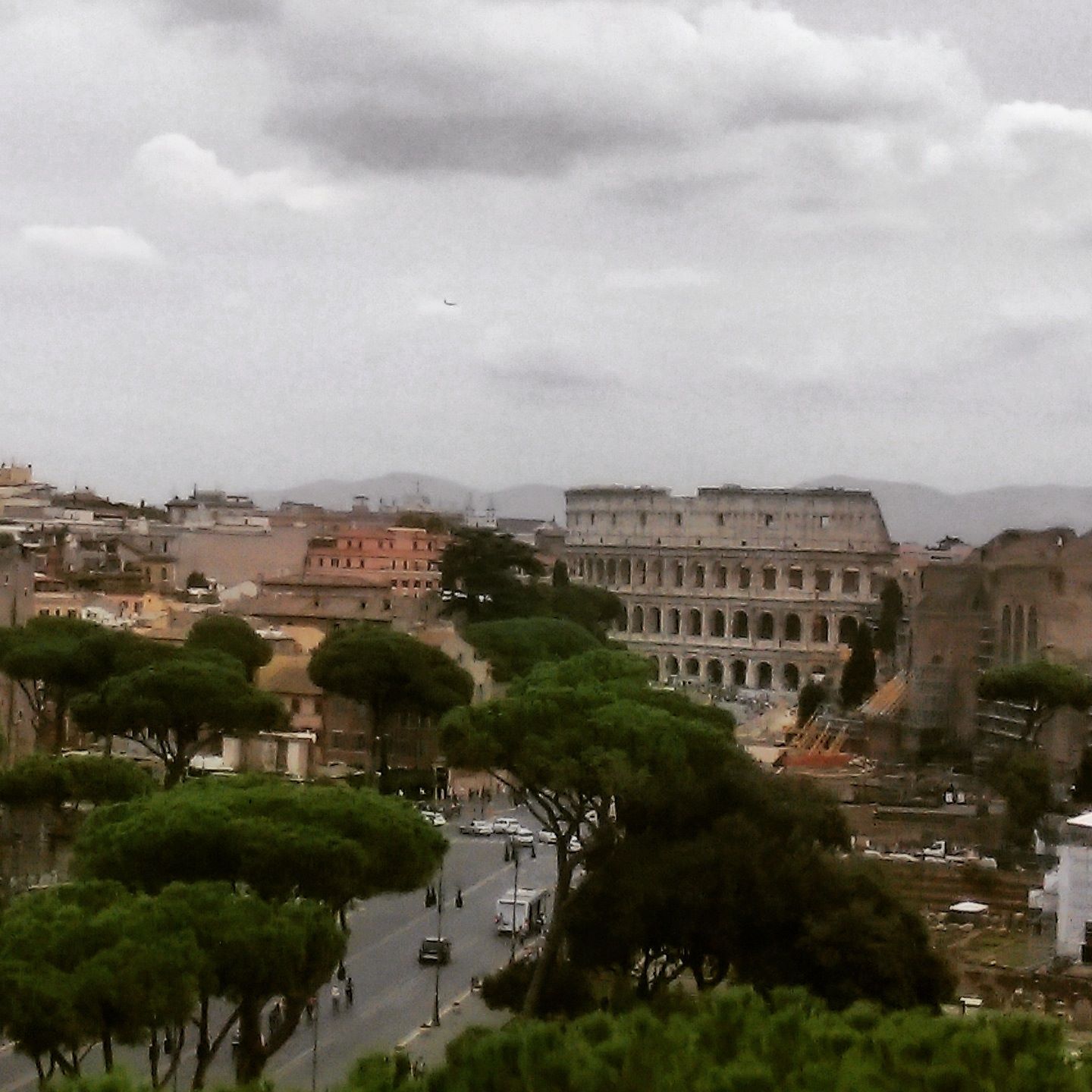 Rome! You know, the Colosseum, the dude with the silly hat and his not so humble abode, the spanish steps, that place… One week ago, I had the privilege of flying to Italy’s capitol to play two shows. Over the last year, I’ve gotten to know this country rather well, zig-zagging from North to South, playing in tiny little music venues, libraries, clubs and cafes, but never quite made it to the city some refer to as eternal.

Sometimes, it’s really good to go into a show with no expectations, especially when you’re playing in a town or country for the first time. There are so many variables that make it impossible to predict the experience. What’s the venue going to be like? Will the sound be good? How many people will come to see you play, given that they don’t know you, will they be attentive or not? The staff at Alvarado Street (let it be know, usually a punk club!) were super friendly and hospitable, as per usual in Italy. The basement club was the typical, bare square, with quite a good stage at the far end of it. Sound check had gone well. However, about five minutes before stage time, I had resigned to the fact that we were probably going to play to about five – ten people – the lovely host, promoters, my former flat mate who know resides in Rome, and maybe one or two others. Honestly, I would have been OK with that – and I maintain that no expectation, differs to low expectation! Worst case scenario, I thought, I’ll have a paid holiday in Rome. As soon as we started to play though, the room started filling up with kids, sitting cross legged on the floor (with kids, I mean people in their last teens and twenties… they just looked like kids to me, I don’t know why!). All of a sudden I found myself playing to a room full of attentive people and t turned out to be one of my favourite gigs in Italy ever. Thank you to everyone who paid to see me play, like me, you had no idea what to expect and came along to support me on a whim! Awesome! I first learnt what it was to be a great host when I was in New York on my own for the first time… people sharing their humble space with a practical stranger, hearing things like “please help yourself to whatever there is in the fridge”, “this is where we keep the coffee”, “here’s your spare key and here’s the wifi password”. I remember being so impressed with hearing someone say “make yourself at home” and really meaning it. It’s such a wonderful quality to be trusting and to make people feel so welcome. In Rome, we had one of those great host. Emiliano, thank you for not only booking the shows, giving up your room, showing us around, driving us to the shows, but also for being such a great person, a lover of music and generally awesome! I can’t wait to repay the favour at some point. There, I hope I’ve sufficiently embarrassed you with this paragraph!

So Rome, I obviously enjoyed both shows as well as recording a Balcony TV Rome session. I enjoyed seeing the gritty suburbs and having vegan brunch, looking at your unpretentious street corners and train tracks. However, all in all, you are not my favourite city. It’s hard to establish a sense of personal connection with a city that’s so famous. Walking through town felt a bit like ticking off a check list of “Ok, I can say I’ve seen that now too”. I can’t believe how many people travel all that way just to return with a million selfies. In fact, I’ve never seen so many selfie sticks in my life! People were selling them at every street corner.

I couldn’t believe how many people rushed through the rooms of the vatican museum, their arm outstretched, taking picture after picture, as if to say “It’s OK, I’ll just look at all this amazing art later, the resolution on my phone is much better than reality anyway”. It’s a strange time we live in with strange customs indeed. All the major sites were so full of people, it sucked a lot of the enjoyment and beauty right out of the experience. I suppose it’s a bit like going to see a really popular band, vs. an independent band. The musicians you go to see in that tiny club, that no one knows about, feel like they’re “yours” and you’re much more personally invested in them and their music. I’d choose seeing Niall Connolly (who? Exactly) play in a tiny Brooklyn cafe over seeing U2 in wembley stadium any day. Similarly, I felt that I had seen so many breathtakingly beautiful corners of Italy (the port of Molfetta, the views from Montecarotto in Tuscany, the castle and the many piazza’s in Ferrara), that Rome left me a litle underwhelmed underwhelmed.

That’s not to say I won’t be back… if Alvarado Street will have me back, I’ll see you again next year. Cioa Tutti!