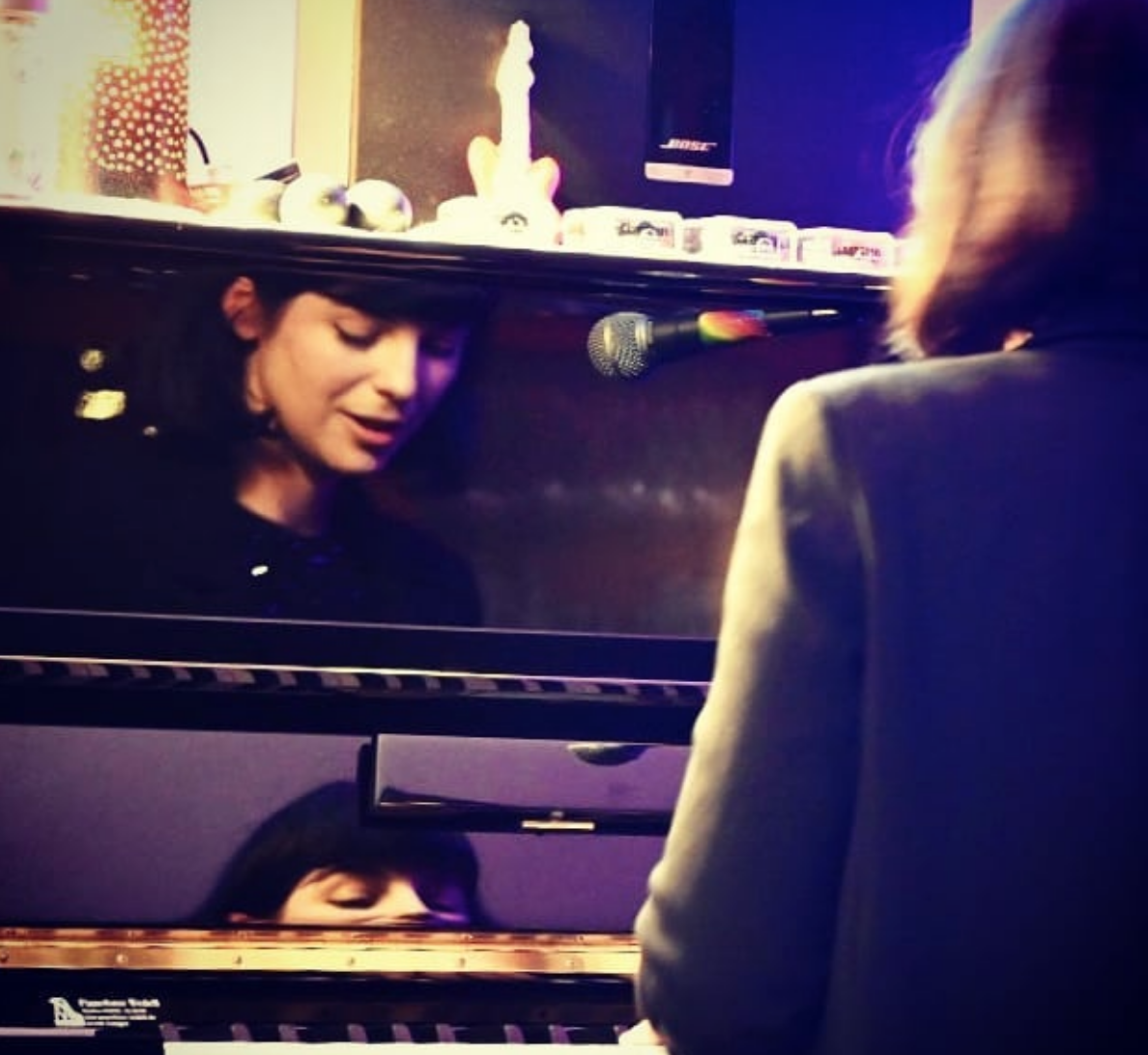 I’ve forgotten how to do this. It’s been so long since I’ve gone on tour through Germany with nothing but a suitcase and an acoustic guitar, everything about the prospect seems daunting. The journey to my first show results in a comedy of errors, but after fumbling my way through Frankfurt’s main station, catching a local train in the wrong direction and then missing my stop, I finally find myself sat in Dietmar’s and Karin’s home, which feels familiar (despite the snazzy new kitchen!).

The first two shows of the tour were house shows. A safe environment to try and find myself again, to try out new songs and to revisit old ones. Both were sold out, which, well, that always helps, doesn’t it?

As daunted as I may have felt that first day, I’m so glad I went on this tour and felt a real sense of achievements once I’d completed the last of six consecutive shows. Here are a few thoughts on a new tale from revisited rails.

Routine is a strange creature.

It felt like a confrontation with my former self. While at first every movement, be it at a train station or on stage, felt clumsy and rusty, soon little reminders eased their way into the day, like that slight ache in my left shoulder, reminding me that I’ve spent the last six years carrying guitars. After a couple of shows, my arms didn’t feel alien around the mahogany body of my instrument and, as if someone had flicked a switch, all of a sudden my fingers knew where to fall, my feet knew when to tap and I knew what I was doing again.

Memory is an even stranger beast.

“If you walk to the back exit of the station, there’s a Starbucks there”, the promoter of show 3 & 4 said to me on the phone, kindly trying to direct me to a place where I could pass the time until sound check.

But I knew all about that Starbucks and instantly flashed back to the many blog entries that were written in that coffee chain at Düsseldorf station, to the time I knocked over the high stool with my suitcase on my way out and to that other time when I nervously gave a phone interview from the booth at the back. I see myself all over those train stations in Germany. It’s weird.

When I disembarked (good train vernacular, that..) at Verden on day 5, the station and town felt so familiar that I was convinced I’d been there before. Have I? Verden, do you remember me playing in you? I don’t, but I could have sworn I’d walked down those roads before…?

Speaking of not recalling, audience members in both Frankfurt and Duisburg remember shows of mine that I do not. It begs the question, why do I remember hanging about the train station better than the actual show?

There was something liberating about feeling so out of sync with what used to be my daily routine, if only for the first couple of shows. I wasn’t concerned with carefully constructing set lists or warming up my vocals. I was focused on making sure everyone (myself, above anyone else actually) had a good time. I trusted myself a bit more and just played whatever I felt like playing, save for a few considered tricks kept up sleeves. I think being (or at least pretending to be) nonchalant works for me. Nerves make my throat tighten and my fingers stiff… I loved trying out my new songs in particular and seeing your reactions to them. My favourite moments were peeps in Frankfurt singing along to Molecules, people in Bonn, singing along to Delete Forget Repeat on first listen, completely unprompted and how absolutely everyone sang along to my Rio Reiser cover of Junimond every single night. Click with caution…great tune, dodgy 1980’s hair:

To my hosts in both Frankfurt and in Bonn, I don’t think you know how much I needed that. Thank you for organising, for opening up your homes to me and to your communities, for bringing people together and for catching me and my songs. It was such a beautiful exchange and I feel we’re family. Thank you also to Christoff, who put so much of their energy into hosting those two shows in Düsseldorf and Duisburg and to Jeanette who was such great company for the final two dates, you were such a brilliantly bad influence that I drank gin on the last night…I never drink gin. It was glorious.

Speaking of family, it was an absolute highlight to have my sister come give me a surprise visit at show number 5 in Verden! She treated me to a hotel room and sister-hang that night, which was just the best. For some reason, the tiny hotel boasted a pool, which was open 24/7.  I clearly haven’t been doing it right, but having a midnight swim after booze was a definite first on my rail tales. Prior to the tour, When I posted on my socials that I had dates free on the upcoming tour, it meant the world to me that so many of you got in touch. The empty dates were filled within minutes. Honestly, ihr lieben in Deutschland, I hadn’t played for you for so long, I feared you had forgotten about me or lost interest. I cannot tell you how nice it was to hear from you all and to see some of you again.

Whether talking politics and the state of the world over lunch, talking about my celebrity crush (the answer is I’m too old to have one, sadly found that out when a lovely young woman asked me after the show and I was stumped) or soaking up every word you had to share over a beer in your living room once everyone else had cleared out – Whether you came out to see me on a whim and left with a vinyl or copy of my book or whether you came to see me again after a good three years of not hearing from me, thank you. I’m happy you exist and I can’t do this without you.

Take care of yourselves.