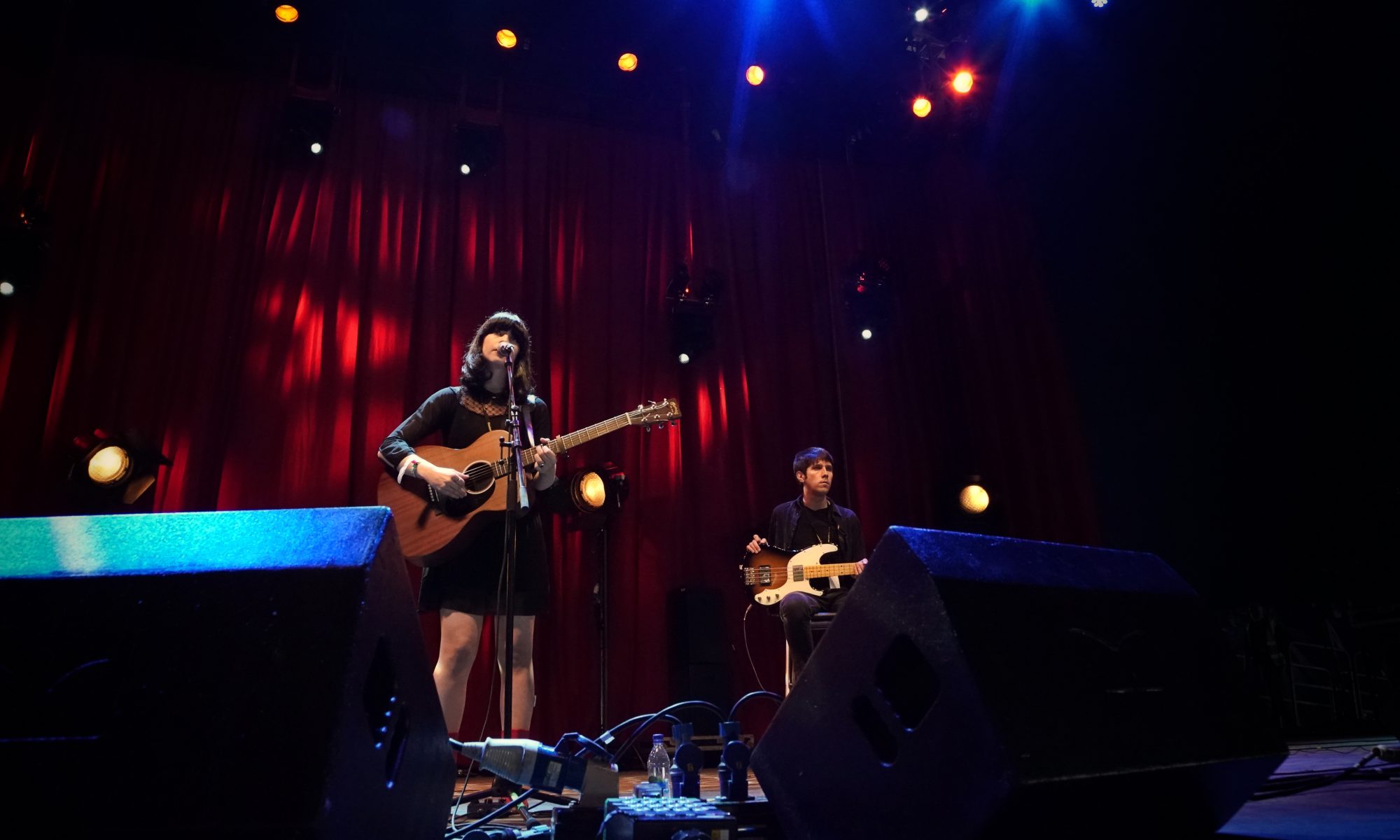 I enjoyed every second of that half hour. For me, 2016 will forever be the year I got to play Glastonbury, hopefully for the first time. I couldn’t share it publicly, but the opportunity of playing at THAT festival was hanging in front of me like an illusive carrot for a good six months… maybe it would happen, but I couldn’t be sure or get too excited about the possibility. Even after it was confirmed, I had to wait another two months before I was allowed to announce it. I tried hard to keep my expectations and nerves low, having heard of plenty bands who had a less than great experience playing at Glastonbury, but sometimes it’s important to allow yourself to stop, breath and just be happy that you get to do a thing (technical term, that). On Thursday, June 23rd, after voting to remain in Europe in the referendum, we (Stuart, who played bass and Chris, who took photos, drove to Bristol so we could set off from there early to worthy farm the next day. We checked into the city center travelodge and bumped into two friends of mine from Cardiff, one of whom works for BBC Wales. “Hey! Do you want to go on Warthy FM at Glastonbury on my mate’s morning show?”, he asked me spontaneously after getting over the delightful randomness of the encounter. “Of course, that would be amazing!”

A couple of texts and several hours later I had a live session and interview confirmed for the next day.

A hang-out with Bristol based Laura Kidd, She Makes War, was a welcome distraction. It’s so great to have friends who have a similarly wonderful, strange life in music and it’s great to compare notes. Some days aren’t yours. You float through them, the things going on around you and to you to big to comprehend in the moment. I woke up at 5:12am on June 24th to the news (“I read the news today, Oh boy”). It was such a bizarre juxtaposition of feelings. Devastated at the result and all it would mean for me personally and it still being ‘that day’. I was picking out things to wear and making sure I had all my leads, capos and plectrums. We got in the car and drove, the sun was out and we listened to the radio, news item after news item, poring into the tiny white rented ford. The Prime minister had resigned, the pound had fallen and Scotland had confirmed a second referendum, all before 9am, while we were snaking through green, country lanes. These words are not to condemn anyone who placed their vote against a different outcome, they are here to share my particular experience with you.

We arrived at the site and made our way through the many turns on muddy pathways and high vis security check, “Can I see your tickets please?”, until we got to the Acoustic stage, where we were met with an incredibly relaxed: “Oh Hey! Of course you can park here, come right this way!” I have never played at a festival where the crew were so relaxed, happy and helpful. I am amazed that I had that experience at the biggest Festival in Europe. The entire Asgard team were just amazing. The stage crew told us to just get all our things out of the car, we could go do our radio thing and they would set up all our gear on stage. “It’s a simple set up, it’s no problem!”, they said.

This was my first glimpse of the actual Festival. The sky was overcast, but it was not raining and we made our way to Worthy FM, past the main stage and up the hill, to the left of the medical tent. The live room, in a caravan, was floor to ceiling covered in gold tinsel. I played Wasteland and had a quick chat before the host asked me to choose a song, any song, to be played to close my bit. There really was only one song in the universe I could possibly have chosen at that moment:

A quick cup of coffee outside the radio station later, we were walking back downhill, through the light drizzle and oh so much mud, to the acoustic stage. Sure enough, most of our gear was already on stage and I climbed on it, facing the empty tent, surely one of the largest stages I’ve been on. “Where would you like the keyboard wedge?”, one of the engineers asked me.

“Um, anywhere in this general stage vicinity would be good!”, I said, gesturing with my arms to the vast amount of space in front of my tiny keyboard. He laughed. I think all the sound technicians were genuinely charmed and amused at my excitement and obvious lack of experience in these situations. Either way, they were super relaxed and incredibly helpful. The battery in my guitar tuner died in the middle of my soundcheck and within minutes it was replaced for me. I was so grateful and felt in safe hands. It was that, together the ominous feeling hanging so sheepishly over the entire festival that washed away my nerves – it was clear that the news had not just shaken me that morning. Things were somehow forced into perspective and I knew that I had my lyrics to rely on, their meaning somehow amplified by the freakish events around me. I had a dressing room reserved for me backstage with a little fridge labeled: “Roxanne de Bastion”, and a small bunch of flowers protruding from a wellington boot on the table. It was time to play. For an odd couple of minutes, Stuart and I were waiting at the side of the stage, together with several other musicians due to play the acoustic stage that morning, waiting for someone to give us the go ahead. Finally, a barely visible thumbs up from the engineer who had changed my battery and I walked on stage to see the tent full of people, sitting on blankets, chairs and the grass throughout the shady tent. As I bent down to plug in my guitar, I saw a young man lean against the railing, center stage, I’d not seen him before: “Please play The Real Thing!”, he called out. I did enjoy every second of that next half an hour. The crowd was with me from that first greeting, and it was one of those rare occasions where I felt totally relaxed within myself, within my songs and with all the people who were listening. I opened with Train tracks, the second verse caused for everyone in the tent to cheer. Thank you for making me feel that I am on the right track. This was my set at Glastonbury: Off the stage and out into the tent. Quick, grab the CD! Have we got all the gear? I walked out to see a small gathering of people coming to say hello to me, to buy a CD and to give me hugs. A beautiful girl with glitter on her cheeks talked to me about ‘Train Tracks’ and how nice it was to hear those lyrics this morning. She started to tear up and so did I and so we hugged and wept for a short moment. I cannot tell you how much this means to me. It means everything.

I was so happy to also have Stuart Ongley by my side – Publisher and mentor extraordinary, ever the optimist, who came along to keep me company and to support us. We spent the rest of the afternoon enjoying the Festival. Come rain or shine (and both did frequently), Glastonbury is as special as everyone says it is. Yes, it’s too big to see everything you want to see, but you get to soak up all of it and are surrounded by so many people, over three generations and from many different walks of life, all there to enjoy music. It was the perfect place to be on a day where you feel the whole world is going to shits. I’m so grateful I got to do this. Thank you Chris (aka Nick D’angelo….long story, don’t ask), to Stuart on bass and Stuart backstage, to all the amazing people working at the Acoustic stage, to Paul Fenn, Paul Charles and Germaine at Asgard and to all of you, reading this, to you have have sent me messages of support and encouragement and to all the people I met at the Festival.  It was pretty fucking amazing.